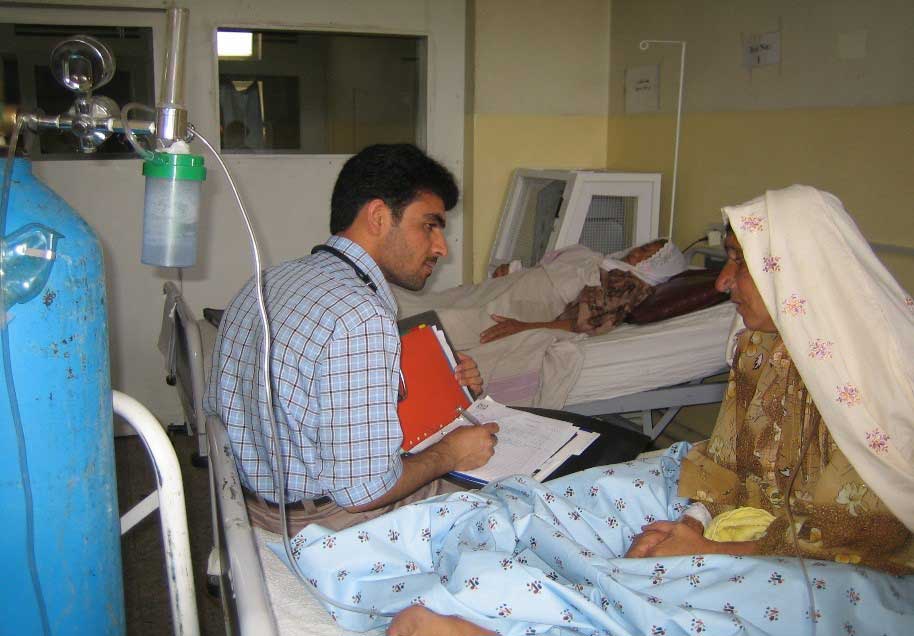 When asked why his family emigrated to Pakistan in the early 1990s, Dr. Burhan’s simple answer was, ‘It was during the time of the civil war with the Mujahedeen. There was shooting, bombs and rockets falling all around us. It wasn’t a suitable place to live.’ Dr. Burhan described this part of his life and many others during an interview in August 2019 with a calm that surely belied the hardships he endured. ‘We had it easier than other Afghan families because we had money to pay for a bus to travel there. Our transition into refugee status was also easier, because we had relatives living who helped us.’ And yet, one must consider, how easy can it be for any 13-year boy to live through several years of war at his doorstep, to travel to a strange land, to deal with so many hardships and yet somehow focus on getting an education. Taking the advice of his mother and not wasting the precious financial support provided by his father, Dr. Burhan studied hard and earned ‘the first position’ in his class. From there, he was accepted to and graduated from the Nangarhar Medical Faculty in 2005.

Humility was key to Dr. Burhan’s success. He laughs lightly when describing his interview with Drs. Tim Fader and Tanya Arscott Mills for a position in the hospital’s family medicine residency in 2006. “They asked how I would handle a problem for which I didn’t have an answer. I said, ‘none of us is complete. When I have a problem I can’t solve, I will ask my seniors and I will search the medical books. I could tell that they liked this answer’”

The other key to his success is hard work and persistence. When the family medicine residency hit a low and was struggling to survive, Dr. Burhan was among a group of six young Afghan graduates who held the program together. Whether seeing more patients, covering extra nights of hospital call, or taking on additional teaching and administrative duties, he and the others did whatever was required to ensure that the program survived. Said Dr. Burhan, “We always knew that the family medicine department was the backbone of the Cure hospital, so we had to continue no matter what. It is why the six of us were given the name ‘survivors.’” Thanks to Dr. Burhan and others, the family medicine residency has survived and has gone on to train forty-two doctors, of which thirty-four are still living and practicing in Afghanistan.

When asked to describe the experience, rather than focusing on his hardships, he spoke about the hardships of his patients and the opportunity and responsibility lying in front of the hospital. “It causes me great sadness to know that many people do not get the care they need. However, I am hopeful because I have seen the positive changes that have been made.” Compassion and resiliency. These words describe Dr. Burhan. He is the kind of person who makes our hospital great. It is why we call him a hero.