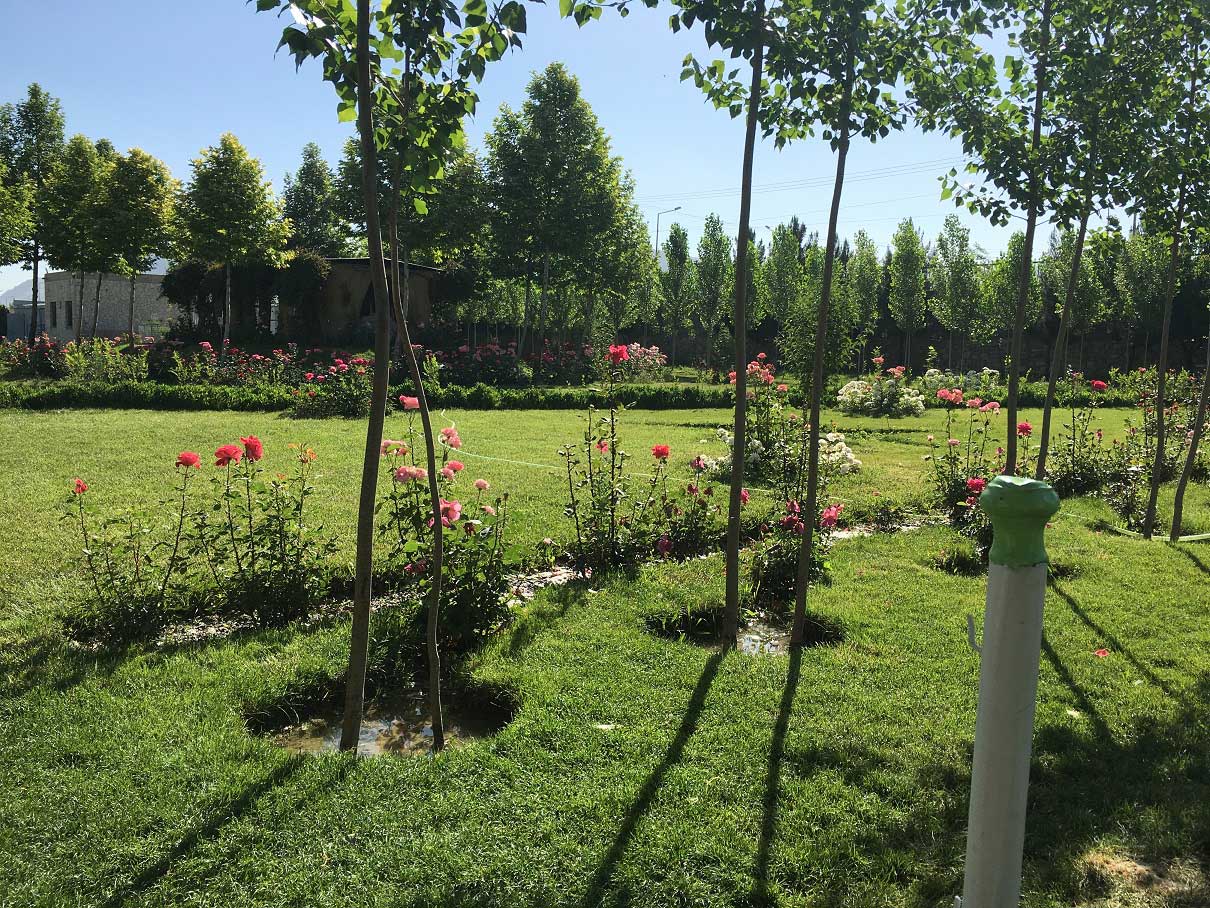 An Oasis for Healing

An Oasis for Healing

Holistic healing of both mind and body occurs more readily in an environment that is conducive to rest, relaxation, and recreation. This is why we have transformed our hospital grounds from a barren wasteland bearing the marks of war into a virtual oasis with flowering gardens, fruit-bearing trees, and abundant green space.

Faiza was 29 years old and a mother of four children when she came to the Cure Hospital. For nearly half of her life, (14 years), she had been suffering with an obstetric fistula. Shortly after her arrival, Dr. Rafiq, the hospital fistula outreach coordinator sat down with her to learn about her story.

“When I met her in the ward and asked about her problem, her eyes filled with tears and she replied ‘Please don’t ask me about my problem.’ I also became upset when I saw her red eyes. My eyes also became wet. I left her that day but planned to visit her again after her surgery. I returned 10 days later. When I entered her room this time, I saw that she was smiling. She called me over and said, ‘Please come here and I will tell you my life story with details and answer all your questions.’

When I heard her story, my eyes became wet again, only this time because of happiness.”

She started her story like this. ‘I was 15 years old when I was made to marry a man who was 30 years old. I didn’t want to become a mother at that time. First, I did not feel like I would be able to take care of my child in the near future and secondly, my mother in-law was an old woman. There was not any other girl or woman except me to serve her family members. I also had 5 brother in-laws and taking care of them was my responsibility. Then, after my first delivery, I developed this problem in which I was not able to control my urine flow and so I was always smelling, and people rejected me. For the past 14 years, I have been suffering with this’

When I asked her where she delivered her first baby, she replied ‘at home.’ Why you didn’t go to clinic for delivery? ‘Oh, the clinic is very far from our village and it was winter season. All the roads to the clinic and bazaar were closed.’ She continued, ‘I saw many difficulties during my disability. When the season changed my husband took me to a district clinic. While sitting in the waiting room of the clinic, I felt as if all the other patients hated me. None of them would come near me. Then, some of them said to me, ‘Please go out. Your dress smells bad.’ 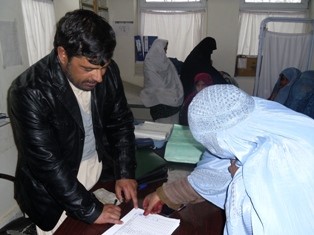 “Finally, my husband took me to the clinic doctor. The doctor asked me many questions, but he did not know how to fix my problem and gave me some medicine. My husband took me several times to different clinics but none of them could help me. I became very sad because I could not take part in any meeting or wedding because I felt that the people hated me and did not want to be near me. My husband was very poor, but he promised that when he found enough money, he would take me to another doctor for better treatment.”

“Then, one day when my husband came home, he seemed happy. When I asked him about his good mood, he laughed and told me that he was bringing me a very good message. I was surprised and wondered what good message he had brought me. He called me over to his side and said, ‘The good message is that today, in our village, a doctor told me that there is a hospital by the name of CURE in Kabul where my condition can be treated for free. Everything is free including the treatment, transportation to and from the hospital and all accommodations for both of us. And, the doctor believes the care at this hospital is the very best in Afghanistan. Our family and I were very happy when we heard this good news. We decided to go to the CURE hospital the next day. I was so excited that night that I could not sleep. I thought about what it would be like to restart my life, and how I won’t smell, and how no one will hate me, and how I will take part at every meeting and wedding ceremony. Now I am cured. I am happy to go home. I am praying continually for the doctors of Cure Hospital and those people who support this program.’

Capacity building in developing world nations presents many unique challenges, one of which is the introduction of new procedures and technologies. If new techniques and equipment are not introduced in a controlled manner, patients often suffer complications. When done well, the introduction of new procedures and technologies not only helps the patients receiving them, but the entire nation. Surgeons are less likely to emigrate, and wealthier patients are less likely to travel outside their country to receive treatment.

When we arrived in Afghanistan in 2005, no one was performing laparoscopic surgery. Patients were denied a less painful procedure and had to stay in the hospital much longer after their operations. We established the nation’s first laparoscopic training program and within a few years had published an article in the Annals of Surgery which documents our success in the earliest phase of this program. Since then, we have performed thousands of laparoscopic procedures. Our surgeon has been instrumental with establishing laparoscopy in other Afghan hospitals.

Our outreach team has spent…

days in the provinces at…

The map below might look like a military chart, but it represents our strategy and the fearless community outreach efforts of Dr. Rafiq and others to spread the word about our free obstetric fistula treatment program. Poorly developed communication and transportation infrastructure, security threats, poverty and lack of awareness of treatment options, prevent many fistula patients from getting the help they need. Dr. Rafiq’s team has overcome all of these obstacles to reach not only the women, who desperately need these operations to eliminate incontinence, but also to train many of the front line healthcare professionals in Afghanistan’s most remote provinces. Funding for this outreach program came from Women’s Hope International and included money to pay the transportation costs for each patient and one other person. We have performed thousands of fistula treatments. The impact of restoring continence to women who have lived in shame and isolation for decades prior to coming to our hospital is immeasurable.